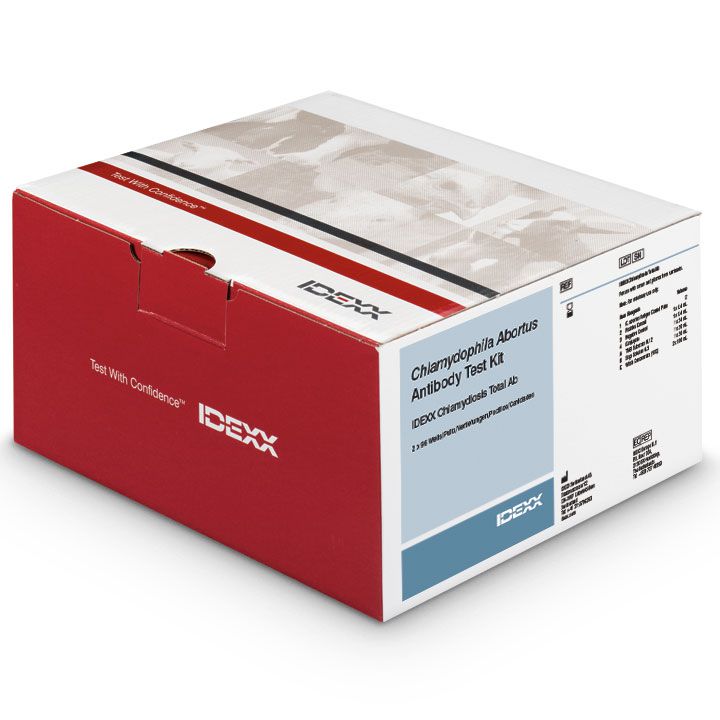 The IDEXX Chlamydiosis Total Ab Test is an enzyme immunoassay for the detection of antibodies against Chlamydophila abortus in serum and plasma of ruminants.

Chlamydophila-infected animals show no clinical illness prior to abortion. Pathogenesis commences when chlamydial invasion of placentomes produces a progressively diffuse inflammatory response and tissue necrosis. Some animals may shed Chlamydophila spp. in vaginal fluids for more than two weeks before abortion and up to more than two weeks after abortion. This may explain the higher incidence of abortion in newly infected herds, since the susceptibility to infection varies in relation to the physiological status of the animal.

The success of eradication and surveillance programs depends on the quality and the effectiveness of available diagnostic tools. The isolation of the microorganism is difficult and the diagnosis is mainly based on serological methods as agent isolation remains a difficult and time-consuming task.

For this reason, the ELISA is easy to implement, and the analysis of small numbers of samples, as well as largescale screening, is facilitated with this method.